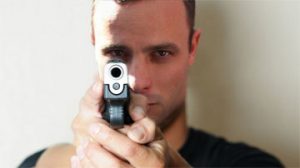 Oscar Pistorius: “Reeva Steenkamp wouldn’t have wanted me to waste my life in jail”… or some such crap.

Sadly, we were unable to reach Ms. Steenkamp for clarification, as she is dead, thanks to… 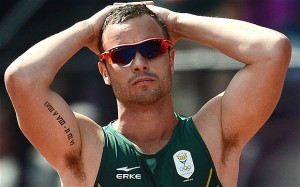 Old Pisso on trial now endlessly clogging up the 24 hour news channels. Every sympathy for legless cunts. Old soldier – managed to hang on to me bollocks during war service (many didn’t) then on civvy street took a position fronting an outfit flogging Thalidomide to the liberated fillies of the swinging sixties.

I short I know me cripples. Crippled outside, crippled inside. Chip on the shoulder cunts with a deep hatred of society. What sick cunt stockpiles large calibre high velocity fragmentation ammo designed to burst apart on impact to cause irreparable damage to the vital organs? Then fires multiple bursts of same at his girlfriend (a rather fit looking filly at that) on the khazi? In short if one takes it in the head it minces one’s brains and also blows one’s arse orf.

We are then treated to continual snivelling, fake tears and rent-a-quote apologies to her nearest and dearest in a gutless South Efrican eccent from the cunt on trial. Hang the cunt My Lady.

Intrigued by the cunt’s ammo though. Must try to track some down. Just the ticket for the foxes and badgers infesting me land. …Aha! Here we have it from the Los Angeles Times:

Pistorius fired Winchester Ranger bullets of the same basic design as Black Talon rounds. The latter are controversial because they produce jagged metal talons as they travel through the target’s body, raking through organs and maximizing injury and blood loss. Winchester announced in 1993 it was withdrawing Black Talon bullets from sale after public outcry over their use in two high-profile mass shootings.