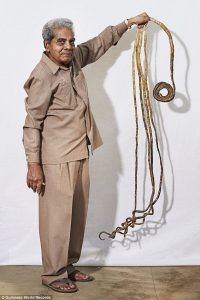 I recently did a job and was stripping down a treble wardrobe for a customer,
I asked him to pass me my screwdriver (bespoke, expensive)
And when he passed it me It was with horror I noticed he had long fingernails!!

I’ve seen this before,
Unclean fuckers who have talons like Diana Ross.
No excuse unless you’re a werewolf,
Or a Hindu fakir.

A man should have closely cropped nails
For working, and not some Draculaesque talons that can inadvertently scratch or puncture bystanders.
It’s incredibly ducky
And deeply suspect.

I took a instant dislike to this customer,
And although I remained professional throughout I did it with a air of contempt on my face.

These people should be forcibly shorn .

And supported by: David Cuntsbury

Oh my word yes MNC, I had to grab a vomit receptacle the other day when I inadvertently began to watch Time Team. There is a greasy, smelly-looking Dorset yokel (Phil Harding, presumably – Day Admin) on there who has been ‘developed’ by Channel Four to become a television personality archaeologist. In the early days he was very meek and quiet (just look for an early episode on Youtube), but somebody at C4 had a word and told him they’d have to get replacement archaeologist if he didn’t start to develop a noticeable TV persona, and now the cunt is so full of himself he’s set to burst all over Lefty Robinson.

What truly horrifies me though is the length of this human greaseball’s finger nails. They are longer than most women’s nails, and rather than looking scrubbed and clean, they look like he scoops them out with the C4 canteen teaspoons, or one of those revolting nail care penknives that your next door neighbour brings back for you from Malta. I appreciate his job isn’t one that attracts those with an on-site manicurist, but his dirt resembles aged faeces, tooth scrapings and armpit oil. He is a dirty, smelly, unhygienic cunt of a man, and is the reason I had to stop watching TT.

62 thoughts on “Men who have long fingernails”