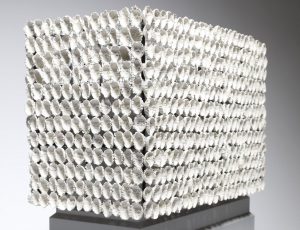 All those egg boxes and not a single egg between them.

The winning ‘art’ works have been announced.

Antelope, a sculpture by Kambalu, restages a 1914 photograph of Baptist preacher and pan-Africanist John Chilembwe and European missionary John Chorley.
Chilembwe has his hat on, defying the colonial rule that forbade Africans from wearing hats in front of white people.

Teresa Margolles’ work features casts of the faces of 850 trans people, most of whom are sex workers

(looks like an egg box to me, but what do I know?)

It appears people voted for this shit. (I wonder who?) What ever happened to actual art? This week alone we have had a statue of the Princess of Hearts which has been described as looking like Clare Balding with some jockeys. Now we have this woke shite taking the place of a cherry on some cream.

I vote for a statue of the blessed Bernard Manning who did more good and actually cheered people up rather than po faced garbage.