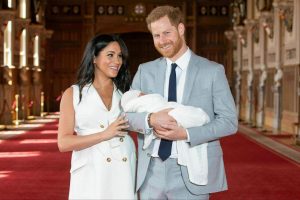 So Megan Sparkle and Harry the ginger cheque signer have announced the birth of Megan’s leverage for maintenance payments in court, they have called this future gold digger/fuckwit/cunt Lillibet Diana Mountbatten Windsor, just so there is no mistaking she, s royalty, just in case the ginger fuck monkey is banished from the family.

So it can’t be long now before grand master plan kicks in, sparkle tits has suffered the white pork sword with special sauce, so if there no more to be screwed out of monkey boy, it’s going to be divorce time, followed as many books as she can publish about how difficult it is being a single black mother and all the hardships she has had to endure at the hands of the royals and the scummy British public…