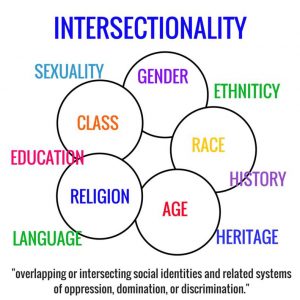 A severe caning please for the civil servant cunts supposedly running our prisons.

This one’s got everything: wokery on steroids, intersectionality coming out of its chuff, unconscious bullshit, feminazism, play school for prison officers, the BB fucking C and June fucking Sarpongo to boot!

Apparently, prison and probation staff are being required to undergo indoctrination in the form of a meditation session called ‘Walk In The Park’.

The session is just one of a series of activities taking place in prisons to teach staff about ‘intersectionality’, a term invented by a racist American black civil rights activist and feminazi called Kimberlé Crenshaw to describe white privilege.

Staff spend part of the session learning about intersecting identities such as lesbians and gay arse bandits from ethnic minority backgrounds, transgender Christians, or Muslims with a disability, L.O.L.

They are then told to put on soft music and imagine walking through a park where they encounter different people. They are then asked if everyone they pictured was white, able-bodied or in heterosexual relationships (WTF!?).

It is all part of an internal ‘toolkit’ which aims to spark an ‘honest conversation’ about stereotypes and promote a ‘safe and structured conversation about ‘interfuckingsectionality.’

The kit has ‘information’ and recommended reading, including the aforementioned Ms Crenshaw’s book, ‘Demarginalizing the intersection of race and sex: a black feminist critique of anti-discrimination doctrine, feminist theory and anti-racist politics’.

Justice Secretary Robert Buckland is said to have told his civil servant to get a grip, with one source telling the Sunday Telegraph that Mr Buckland is at the end of his tether.

‘This isn’t the first time we’ve found this kind of drivel circulating around civil servants at the department,’ the source said. ‘Prisons are places where we lock up ruthless criminals who have ruined people’s lives but there is a blob in the department who act like they’re running a north London playgroup.’

‘On Friday an inquest jury delivered a devastating verdict on the failure of the prison service to manage terrorist offenders. Instead of obsessing over this sort of woke gibberish, senior managers should be solely focused on the real priorities – restoring public confidence that this is a law enforcement agency that protects the public. Ministers must get a grip on HM Prison and Probation Service leadership or replace them with people who care more about security and order than pronouns.’

It coincides with Phil Copple, director general of prisons, issuing an antiracist message about white staff numbers and being pictured taking the knee.

THIS COUNTRY IS FINISHED

47 thoughts on “Intersectionality in Prison”