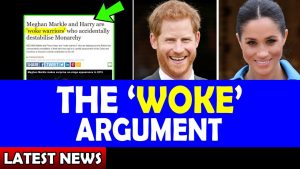 I’m aware that he is low-hanging fruit but here I go again…This stupid,spoiled brat is never out of the papers whining on about how hard his life has been… made so tough apparently by the millions of Pounds in the bank, a family that made possible his privileged life of cheating his way through school and helicopter-training,servants and flunkies to wipe his arse at every turn,a largely supportive media that pushed the “People’s Prince” narrative and a Public that mainly forgave him his indiscretions because he was a “bit of a lad” and lost his Mother at an early age.

How the ignorant,self-entitled,self-indulgent moron has the gall is beyond me..sitting in his mansion in America wailing for sympathy from people who,no matter how brilliantly clever or hard-working,could ever achieve the gilded lifestyle that he professes to hate and yet seems strangely reluctant to forego.

The snivelling on about his dead Mother is equally revolting…many children have had a dead parent or parents…unfortunately they just had to get on with it and didn’t have the luxury of an extended,fabulously rich family to help them through it.

I’ve no time for the Royal family but even I feel a bit of sympathy for them having to endure constant personal attacks from such an ungrateful,selfish idiot as Harry..he is pure scum.