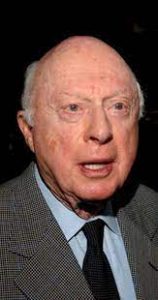 Congratulations to Lord biryani who correctly predicted that veteran actor Norman Lloyd would be next to conk out at the ripe old age of 106.Lloyd enjoyed a career lasting over 90 years and was known for collaborating with Alfred Hitchcock.He is also remembered for his roles in St Elsewhere The Age of Innocence and the Dead Poets Society amongst many others.