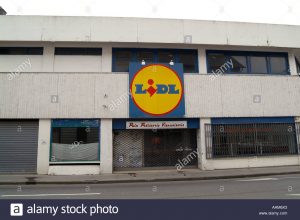 Up until recently i’ve never been in one of these places in my life. Partly because I was told they were shit but, mainly, because I know they are a Kraut company and those bastards dropped bombs on my Mum and Dad. Never forgive, never forget.
Anyway, about a month ago one of these cuntholes opened up about 400 yards from me so I have been along to sample their wares, as you would expect.
Firstly, there is no doubt they are cheap, you can’t deny that.
But what do you get for your money? Fucking shit as far as I can see. Their meat, vegetables and fruit are tasteless crap. I can’t forget the “King Prawns” I bought. Zero fucking taste ….. i thought I was chewing on a mouthful of condoms. ( unused ones obviously)
The only things I buy in there now are the stick loaves (which are very good to be fair) and cans of wifebeater which are much cheaper than the Joe Daki shops.
What do we learn from this?
(1) no cunt gives you something for nothing. You get what you pay for.
(2) Never trust the fucking Germans.
(3) That’s it. What more do you want? Fuck off. 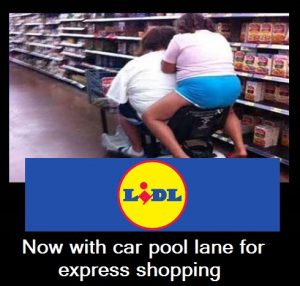