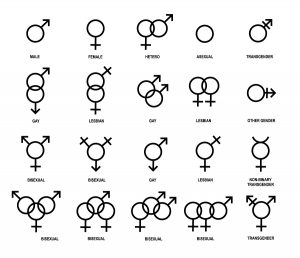 Gender alignment is cunting me off!…

I’m not talking some bloke wanting to trade his vitals in and chop off his tadger, no(although that is fucking odd as well). I’m talking about the convergence of the genders. Women want equality – fine. But should it not be equality for all – not just for them on the topics they want to fucking ping off on…….For example, men will usually work fucking longer than women. Oh, and men will usually work in a more physically demanding job than women. You are more likely to go to fucking prison if you are a fella than a lass. Blokes retire fucking later, die fucking younger and are more likely to suffer from fucking mental illness….(coz of all the shit women keep fucking moaning about)….you are more likely to fucking die in a theatre of war or suffer from PTSD due to serving in a conflict if you are a man. Die in a car crash, die in a fucking terrorist attack and be a victim of violent crime are more likely if you have a cock and bollocks rather than a friend called Wendy…..
Oh…..and likely to have limited access to your offspring post divorce and more likely to be homeless if you are a fucking man than a women. These are readily available facts. So stop fucking ebbing away at my fated fucking gender because “the bookies on Grand National day are not female friendly” and “some fat brickie who hasn’t had a shag in ten years wolf whistled you” or “in McDonald’s a 17 year old lad sniggered when you were fucking breast feeding”.

Now go shave your fucking fanny and make me a brew! x

Nominated by DAz Wud