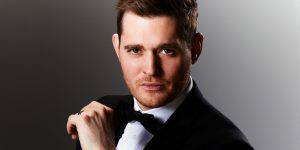 Michael Buble, what a cunt.

I cannot abide the fucking cheesedick twat. This poundland crooner, with his piss poor karaoke level singing, which is basically going mmmmm through an auto tuner, is back with another album. Who lets him do it? Who fucking buys it? No doubt another Christmas cracker on it, to be played to death on radio two.

Also, I think he is going to replace Ant and Dec as presenter of next years’ Brit awards. It’s not like I needed another reason not to watch it, but there it is.