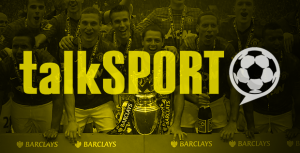 For a start, by sport they mean football because thats what its about for 95% of the time. You can tune in any time of the day or night and there are fuckin’ idiots phoning in talking about ‘flat back fours’ or ‘making a run from the back’ or’ diamond formations’.

They take it so fuckin’ seriously. I really think the presenters must think to themselves ‘who are these fuckin idiots?’ but on the other hand they are keeping us in a job.