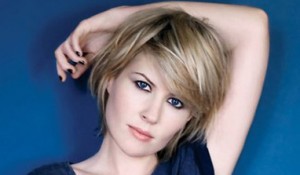 Where to start…. She epitomizes the worst aspects of smug cuntiferousness, whilst bleating interminably on about God alone knows what, in a soapy, pubefest of scandalous drivel. Bracket the bitch with the previously cunted Blunt-Cunt and you have the win double of fuckers spouting nonsense twatitudes.

Surely a great reason to get up a mob and put them to the fire.

Apparently, she writes songs to express herself not to make money or to bore the arse off of us