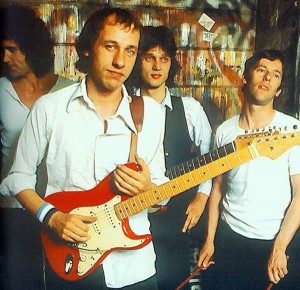 Dire Straits are a shit music for sales executives and office workers band who should be summarily marched to Lithuania on foot and shot in some godorsaken field for crimes against music and generally making music sound ‘beige’.

Any fucker who wears Chino’s is a cunt.

Money For Nothing eh? Dead right Knopfler you fretwanking prick.