YouTube are cunts for allowing this useless fucking government to ram their Pro EU crap down our throats.

Just been watching a motorcycle video and right on the end of it is their fucking advert. Its enough of a kick in the bollocks they’re using taxpayers money to finance a massive leafleting campaign without having it beamed onto your screen by whatever means.

Youtube could and should have told them to fuck off but obviously couldn’t resist sticking their big fat snouts in the trough. Attention seeking vermin who deliberately go apeshit and do a so obviously staged ‘reaction’ to a film or telly show… The latest mong to do this is wetting her knickers over the Star Wars trailer… And of course multitudes of retards lap her bullshit up (‘Great reaction’ and other such shite!)…

They should round ’em up, put ’em in a field, and bomb the bastards….

Whether it’s those two attention seeking slags who post ‘drunk reaction’ videos (which involves two silly exhibitionist tarts pretending to be pissed, and screeching at ‘event TV’ like Doctor Who or Sherlock). Or pricks who put wigs on their pets and film them (I hope the the poor dog or cat shits in their best shoes!). Or any tosspot who puts an ‘unboxed’ video on there… Buying a CD boxset or an MP3 player: then filming yourself opening it and putting it all over the web?!

Seriously: who are these cunts? 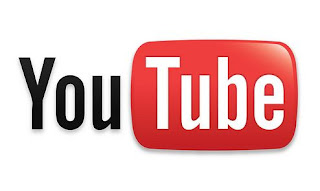 I spent 3 months building up a list of favorite sites featuring hundreds of full length documentaries, everything from that trashy old faker Attenborough to classics like “Did Aliens Steal The Ark Of The Convenant” to come back after the Season Of Goodwill to find half of them gone to this shit

TheEye: For those who don’t know about EyeTube it is a censorship-free video free hosting site.
Help yourself!