I like to cunt the CPS, in particular Alison Saunders (present head of the Crown Prosecution Service but hopefully not for long).

She recently insisted that the justice system was working properly, despite a string of rape trials collapsing. In the latest collapse of a CPS rape case, 17 year old (at the time) Oliver Mears, who had been on bail for two years, was adjudged not guilty after more defence evidence “turned up” at the last minute, 5 days before the trial was to begin. The defence had been asking for the evidence for 3 months. The CPS prosecutor, Ms Sarah Lindop, told Guildford Crown Court that the case was ‘finely balanced’ from the start, meaning they were going to fit up the poor cunt with no evidence apart from the anonymous complainant saying she had been raped and sexually assaulted. What a cunt of person and stays anonymous.

We need to start a campaign of outing these anonymous complainants, allowing reasonable people to say “you’re a cunt” to their faces.

Even more telling is a Twitter statement from Tory MP Anna Soubry. She wrote: ‘Appalled at the ill-informed comments of DPP Alison Saunders”. This makes Alison Saunders an even bigger cunt, coming from an arch cunt like Soubry. 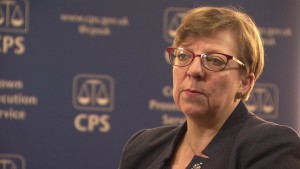 Director of Public Prosecutions, Alison Saunders, is a massive cunt for failing to allow the prosecution of Lord Greville “Boy Raper” Janner. Apparently his case passes “the evidence test” (ie he did it), but Saunders feels that prosecuting an 86 year old paedophile who claims to have dementia just isn’t on.

How old were Rolf Harris and Stuart Hall? How old would Jimmy Savile has been? All in their eighties.

And Saunders is not even minded to have Janner’s dementia claim tested by independent experts. Remember Ernest Saunders of “the Guinness Four”? Didn’t he claim to have Alzheimers in order to get released 10 months into a five year stretch? And what happened there? His Alzheimers (which is incurable) miraculously cleared up and the cunt has been walking free ever since.

Here are the charges Janner will now never face:

If there is enough evidence to warrant charging the paedophile scum, then so he should be. Even Plod has been outraged by the DPP’s decision.