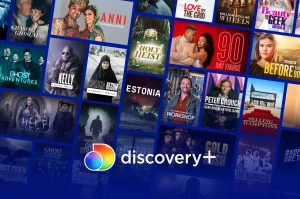 A quick cunting for Discovery Plus, if you please.

Lots of good motoring programmes on it, hence the subscription. However, the cunts are reducing their prices by a quid a month – hurrah! But adding adverts – the cunts!

I’d rather pay the extra fucking quid than suffer the unadulterated, obligatory mixed-rave couple ethnic-fest that are modern commercials.

Right, where did I put my amlodipine?
(For those of you are aren’t medically minded, it’s a medication used to treat high blood pressure and coronary artery disease – NA)

Dioclese has a similar complaint with intrusive never-ending TV ads, this time with Greek TV

Bit of an off the wall one this, but I was recently on holiday in Greece and settled down one evening to watch the 9pm film in English, supported of course by the obligatory snifter of ouzo.

The film was Cast Away with Tom Hanks. I’d seen it before but there was bugger all else to watch if you don’t speak Greek or can’t stand the awful standard of Greek acting. Or both.

After 40 minutes we went to a commercial break. Time for a piss and a top up of the glass. When I came back it was still on the commercials. They lasted 20 minutes. Yes, 20 FUCKING MINUTES.

Here’s an idea. Why not have a channel that only shows ads? Oh, hang on! QVC, shopping channels, the cruise channel. It’s already here.

So a 20 minute ad break every every hour? Coming soon to a TV set near you…

And while we’re at it, here’s another piss boiler. Why can’t you fast forward the ad breaks on catch up / on demand TV? And you can’t record them and fast forward like I do with all the commercial channels at the moment. I never watch ads. That’s what the fast forward button is for on my DVD layer’s remote.

73 thoughts on “Discovery Plus and Greek TV”