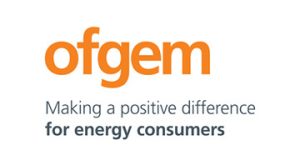 A few days ago I asked you to support an ePetition calling for the Government to step in and prevent the October rise in the price cap. Thank you all for your response but surprise, surprise the petition has been rejected. I received the following in a email :

“Sorry, we can’t accept the petition you supported – “Stop OFGEM increasing the energy cap in October 2022″.

It’s about something that the UK Government or Parliament is not directly responsible for.

The calculation of the energy price cap is a matter for the regulator Ofgem, which is operationally independent of the UK Government and House of Commons.”

So I did some research. OFGEM was set up under the provisions of the Gas Act 1986, The Electricity Act 1989 and the Utilities Act 2000(3). Under The Energy Act 2013, it’s powers were amended to “extend the licence regime to 3rd party intermediaries such as switching websites”

So clearly there is a precedent here for Parliament to introduce emergency regulation amending its powers in respect of the price cap.

According to OFGEM’s own website “OFGEM is an independent regulator accountable to Parliament” which would seem to contradict the statement that Parliament is not responsible. Especially as – again according to its own website – it is a “non-ministerial government department”

Clearly there is a vested interest here in ensuring that any attempt to challenge the Octber price cap changes is doomed to fail.

OFGEM has also just announced that it will be reviewing the price cap quarterly instead of six monthly. Their reasoning for this is that it avoids massive increases all at one time and spreads the load on the poor old consumer. This is of course, absolute nonsense as it will end up costing the consumer more.

So this simplistic example demonstrates that someone at OFGEM cannot do basic math. Or is it something more sinister? Clear the loser is the very consumer that OFGEM claims to be protecting.

Whatever the deeper motive, it is clear that my petition is being binned and, frankly, there would appear to be nothing I can do about it even though the above arguments clearly demonstrate that, to paraphrase Shakespeare, “something is rotten in the state of Britain”

The best we can hope for now is a revolt on the scale of the poll tax. There is already a campaign to cancel direct debits on 1st October. Apart from screwing the energy giants’ cash flows it will achieve little because in modern Britain, the little don’t matter.

I’ve already cancelled my direct debit and to hell with them. It’s time the little people got off their knees.

74 thoughts on “OFGEM and the Government”