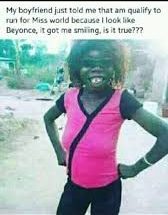 Here we go again. And I don’t mean Kung Flu.

Sound familiar? A disease originally from primates in Africa. Brought to the West by Africans. Spreading through the gay ‘community’.

I wonder if it will become a matter of Pride?

And there’s more. This time from W.C. Boggs

Batten down the hatches! Let’s do a rerun of the March 2020 lockdowns because some 4 eyed old tart who is big in the NHS (and, indeed, big everywhere) fears “we” might succumb to Monkeypox. Last Monday there were 4 cases in the UK – a week later there are 20:

As you might have surmised from the name, this disease emirates from the Dark Continent, and it seems there are (and I apologize to Lammy and Femi and any other dark key with a paper-thin ego) lots of fruity gentlemen from they parts, and they have been getting together, innit bruv? and it seems to be a nice way of saying they have caught the clap of each other.

In the meantime, we of lighter hue need to isolate, just in case we all come into contact with a dark Mandy or Bryant. The dark keys themselves will, of course, have isolated weeks, if not years ago, giving up work and staying in bed, sending de wimminz out to collect their red beans and rice, rum and Readers Wives.

This must be an embarrassing and uncomfortable disease to have, not least as, like, North Korea, they like to pretend there is no benderism in de com-moon-it-e, but does the NHS really want us all to shut down the country yet again.

Meanwhile, like me, I am sure you will be wondering which MPs miss PMQs this week because they are “self-isolating”, and a humble request from me for Jay Blades to isolate forever. Ditto Dawn Butler.

and seconded by: Two In The Stink

I’d like to second this nomination but from a somewhat different angle; that being the convenient timing of this outbreak.

It turns out that global leaders met in Munich in 2021 to “plan responses to a monkeypox outbreak”. The timing of that “hypothetical” outbreak by shear coincidence happens to be the very week of the actual outbreak.

Here’s another video I discovered today which, although being on Alex Jones’ video-hosting website, has lots of citations and if true, is very concerning.

And here’s one more, this time from Vernon Fox

Here we go again folks – the first attempt at destroying the Country and the economy didn’t quite work because all those pesky “anti vaxxers” and “tinfoil hatters” have been stirring insurrection, questioning the lies, issuing legal challenges and generally calling out the bullshit (well done Mike Yeadon) – so they will try again with their next “off the shelf and ready virus” – monkeypox.

Weirdly, monkeypox appears to have pretty much exactly the same manifestation and symptoms as herpes and the latter stages of HIV, but I am sure this is just a “complete coincidence” just as “long covid” had amazingly similar symptoms to fibromyalgia..

So, back we go – masks, lockdowns, social distancing, the 2022 SS patrolling the streets shouting “NEIN FRAU! NEIN COFFE IN PUBLIC FOR YOU!”, little jobsworth Hitlers trying to shove swabs up your snout and thermometers in your ear (try it – I guarantee you a few weeks off work), testing kits, concerned looking turtle impersonators looking all sombre as they announce that unless we gave up every right and freedom millions died to protect we’re all doomed, doomed I tell you!

Well how does “go fuck yourself” sound?

I think if they try it this time there will be real violence and civil unrest, because enough people are now aware this is fucking bullshit, just like con vid was. And “Covid Marshalls” are still being hired – but will any of them be chasing, harassing and demanding to mask, jab and intimidate the filthy shit that washes up on the Kent coast every day? Will they fuck.

The fact that “planned responses to a monkeypox epidemic” were discussed in 2021 appears incidental, and from grudgingly acquiescing in the first few weeks of the last war against the people despite an uneasy feeling we were being fucked over and laughed at (which turned out to be the completely correct gut feeling) I am now ready to do whatever it takes to stop any more of this.

And I do not believe I am alone.

How much more abuse and degradation must we suffer before our weak, torpid, flabby people get off their fucking arses?

Because it has now gone from “conspiracy theory” to “how can any sane person not see what is fucking happening here?”

This time, we stand or we are fucked.