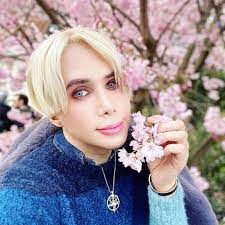 Jesus fucking Christ the state of it.

Oli London is a cunt.

Not content with being a white man, Oli has come out as a non binary Korean. He’s had the surgery to change his eyes into slitty ones to prove it. Apparently he’s had a lot of problems with his identity, the twat.

Is he the black and white minstrels and will we be allowed to challenge his new race or will this be met with cries of racism? If Oli thought he was Napoleon would he be Napoleon if he had a bicorn hat surgically attatched to his head?

Is Oli a nutter, like all other “trans” and people who think they are someone or something else. Why are we forced to accept this bollox when we should be laughing at the fuckers.

Link helpfully provided (and you really shouldn’t click this) by: Cuntstable Cuntbubble