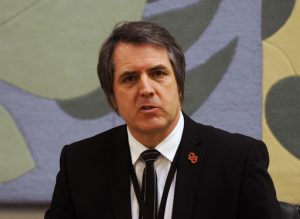 Mayor to you son

Let’s give a good ISAC welcome please to former Labour MP – another of those with a Fancy Nancy speaking voice, who has this morning decided that schools in his fiefdom ought not to be re-opened due to Covid 19. Of course all these failed Labour politicians enjoy putting the boot in at any suggestion the government makes, but fair do’s Stephen (who likes to be known as Steve as a contraction of the forename gives the illusion of popularity), has obviously thought long and hard about this – or at least in the 16/17 hours before he made his pronouncement on the BBC – yesterday he was engaged in far more importanrt work:

Why are these vapid cunts paid so much money for doing fuck all? Metropolitan Mayors and PCCs are almost always failed washed up back bench MPs who got kicked out of their constituency, or seeing the writing on the wall, resigned before they were told to fuck off by their constituents.