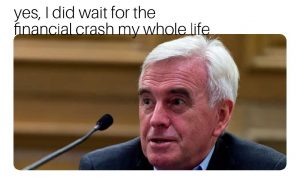 A nice 1970s unionised cunting please for that four eyed raddled old would-be Chancellor of the Exchequer, who wants unions to have even more power:

What a fuckwit. Probably cost him the next election though so every cloud has a silver lining.