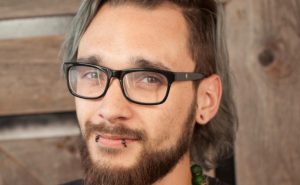 I’m nominating Jordan Hunt for a cunting. I know what you’re thinking, who the fuck is Jordan Hunt? Well, last week, full on soyboy Hunt made headlines around the world after he was filmed attacking anti-abortion campaigner Marie-Claire Bissonnette at the annual Life Chain demonstration in Toronto. Her crime? She had the audacity to disagree with Hunt’s own opinion on the subject, and said something he didn’t like. So, rather than use logic and reason, like an adult, he roundhouse kicked her. This pathetic little excuse for a human then tried to justify his attack by claiming that he was aiming for her phone, while running away. Oh, well, that’s ok then. All sins forgiven.

Miss Bissonnette happens to be a pro-lifer meaning she doesn’t believe women should have the right to terminate a pregnancy, even if a woman has been raped. I happen to disagree with her, partially at least. I believe that if a woman has been raped, she SHOULD have the right to terminate the pregnancy. I also believe that if a foetus is so mentally and/or physically disabled that its quality of life would be extremely low, then the mother should have the option to terminate. Unlike Hunt though, I would never attack anyone for disagreeing with me, especially not a woman. That’s because I’m not a selfish, ignorant, left wing retard.

Apparently, once the bosses of the hair salon at which he was a stylist saw the video of him carrying out his Cuck Norris assault, they fired him. He’s also been arrested, and from what I’ve heard, charged with EIGHT counts of assault. The irony here, is that Hunt claims to support women’s rights. Except of course a woman’s right NOT to be attacked by a tofu eating, left wing loon who thinks his opinion is the only that one matters.

The other sickening thing about this story, is that Hunt is a prime example of the mentality of the modern lefty. “You disagree with me? Then I have the right to insult you and use violence against you and your family”. I’d love to think that Hunt will do serious time should he go to court and be found guilty. He’d certainly find out all about rape then. I’m sure cellmate would love a new girlfriend. But considering that the current Canadian PM is mega lefty Justin Turdeau (no, that’s not a spelling error), he’ll probably just get a slap on the wrist. Counselling or anger management. Whatever happens though, Jordan Hunt, you are a cunt. HAH! It rhymes.