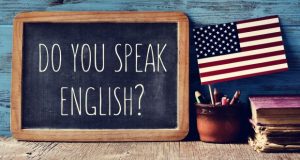 I have been saving up this nomination for months now whilst trying to write notes for it on whatever happened to be close to hand. I now have what I believe to be the best list which has ever been compiled by a human being with a grasp of the English language better than that of a four year old.

I am of course talking about the absolute abortions of spelling and grammar known as Americanisms.

So to start with:

What’s the deal with putting a completely unnecessary Y at the end of words?

– It’s not most everybody……….. on a spectrum from nobody to everybody, most everybody makes no grammatical or logical sense as those to words are mutually exclusive. It’s ALMOST EVERYBODY!!!!!!! As in NEARLY everybody.

– What the fuck does “the least worst option” even mean? Once again you have a spectrum of best to worst or least to most, you shouldn’t be hybridising (not an Americanism) spectra like that you cunts. In a given set of things, you can only have one thing that is the worst, then the second worst, then the third worst etc. To use a double negative like that is to say that it is the BEST option! The correct usage should be the least BAD option denoting that of all the bad options, that is the least bad. Cunts.

– It’s not “I could care less”, it’s I couldn’t care less. Meaning that on a caring scale of 0-10, you are at zero and it’s not possible to care any less than you already do…….. which is not at all!

– Factoid? What the fuck is a factoid? The suffix oid comes from the ancient greek meaning “like” – as in humanoid means human-like, cuboid mean cube-like. The factual nature of a claim is a binary concept, it either IS a fact or it ISN’T. There is only one thing which is fact-like and it’s so much like a fact we came up with a word for it and that word is FACT! We also came up with a word for illiterate Septics and that word is CUNT!

– I hate portmanteaus at the best of times (think BREXIT or BRINO) but even Septics manage to make a dog’s dinner out of portmanteaus purely because they can. Can somebody please tell what sense it makes to take two words – grip and traction (which both mean the same thing), then splice them together to create an entirely new word called gription which means………… the exact same thing as the two words that have just been dissected?

– Oh and I found the missing I from aluminum……. it seems to have turned up in the word erudite (Septics insist on pronouncing it e-ree-oo-dite).

Even WordPress agrees with me for the most part as a lot of the Americanisms I have listed here have red lines under them indicating that they are complete bollocks.

So in conclusion, Americanisms and those who use them – you are cunts.

Nominated by Two In The Stink

Ever see one of those wanky American talking head shows for the Feministas, such as that abomination ‘The View’? A typical episode from one of these excrescences will at some point feature a self satisfied, gobby guest spouting some virtual signalling, aspirational bollocks. Inevitably, Loopi Goldberg, Oompah Winfrey or whoever will then yell out ‘yeah, you go gurrrrll!’, at which point the audience will promptly start yelling and clapping on cue like maniacs.

Fucking hell, I wish the Yanks would stick this smarmy expression up their fat arses. While they’re at it, they can stick the likes of ‘right on, man’, ‘ahhsome,dude!’, ‘get my shit together’, ‘check it out’ and ‘way to go!’ right up the shitter as well. Cunts.