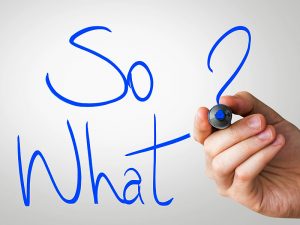 “Democracy is the worst form of government, except for all those others that have been tried.”
~ Winston Churchill ~

Whine Number 1: “I’m not interested in politics.” Fair enough, although it’s virtually impossible for your life not to be affected by issues, statutes and local /national decisions.

Whine Number 2: “I don’t have anyone for whom to vote.” Possibly true, although no-one coheres to everything in a party’s manifesto.

Whine Number 3: “I don’t believe my vote will make any difference.” You never know; some elections are close.

Whine Number 4: “I can’t be arsed to vote.” Yes, if only that Polling station 300 yards away were a tad closer.

Whine Number 5: “The parties and candidates are all the same.” No, they’re not. They share certain similarities, i.e. they’re all power-hungry whores, but they hold different beliefs.

Whine Number 6: “I don’t trust politicians.” We all distrust them. These hussies would do anything and say anything to be elected. They’re full of shit. To win elections, these unctuous, lying lechers would walk over broken glass, crawl through tunnels of toxic shite and drink glasses of your cold, fresh vomit. We know they’re cunts; if you’re surprised when they capitulate, you’re the cunt for being so naive.

These apathetic, idle too-cool turkeys will be the first to moan about the “bloody Government.” However, it took a long time to obtain the vote. Moreover, some cuntries haven’t got it. Use it. Open your blasé eyes, take your half-hearted, lukewarm thumb out of your jaded, spiritless arse, drag it down to the Polling Station, and vote.