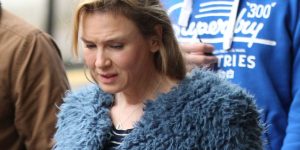 I’d like a quick cunting to go the way of Renee Zellweger. I know she’s been cunted before, but

I’m dropping this in for the moment as she’s going to be constantly on TV interviews with the release of the latest Bridget Jones tosh … so just some food for thought. A couple of years back, if you remember, she appeared in the press at a red carpet affair with a whole new face look, so much so that with any amount of attempts you would never have guessed who the fuck it was. A big fuck off face change .. I’m sure you can google a before and after.

I’ve only just been reading her ‘explanation’ as to why she looked so different … She totally denied any cosmetic surgery having been carried out …. but put it down to ‘having been pre-occupied’ thinking about a friend of hers having just been diagnosed with a neurological disease. ‘ Having been pre-fucking occupied ‘…?

I’m only nominating her for a cunting for treating the rest of the world as cunts in expecting us to believe a fuck off story like that.