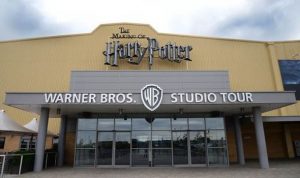 The British film industry should be cunted.

A film is being made about Dunkirk. That event early on in World War Two where we dragged defeat from the jaws of annihilation. Yes, it was a triumph of sorts, managing to get most of the B.E.F back to Blighty, minus all our equipment. But, it was a humiliating defeat for the British, no question. Why can’t we make a film about where we get it right, for instance, the events at Pegasus bridge, where lightly armed paratroopers took and held bridges vital to the success of the d day invasion, landing a few feet from their objectives in gliders, a feat which has been described as the greatest display of airmanship in WW2. The true events have everything, drama, humour, lots of action and a happy ending.

So what is missing? Oh, probably the whole war is hell, pointless murder and soul searching hippy crap. How can we have a pop at the yanks for films like Saving Private Ryan, which portrayed events that happened on an American beach, when we don’t blow our own trumpet, and show what we did to end the war.

22 thoughts on “The British film industry”