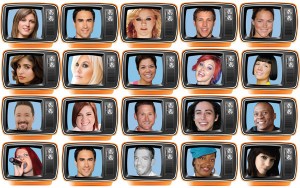 Every single one of them. Where the is it that having no talent apart from Getting your tits out, Sucking Cock (regardless of if your male or female) Being totally annoying, or just a diamond grade cunt – make you a star?

Secondly I would like to double cunt any any every person that got them there in the first place.

Should the RAF need some targets for practice – or fodder on the ground, send these cunts.