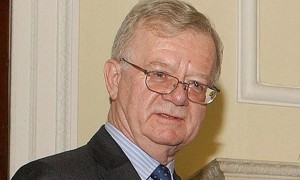 Relatives of dead servicmen have claimed Sir John, the chairman of the £10m Iraq Inquiry, is using “bully-boy tactics” to frighten them into dropping their legal action calling on him to publish his long-delayed findings.

He’s said if the High Court rules against them they’ll have to pay costs. He doesn’t say who’ll pick up the tab for his brief if he loses – the cunt.

And Cameron’s a cunt – he jeered the other cunt, Brown, when he announced the inquiry in 2009 because it wouldn’t be delivered intil July 2010, after the election. Well he’s been in charge for the 5 years since then and done fuck-all other than the occasional hand-wringing sound-bite.

If Chilcot wasn’t up to the job he shouldn’t have taken it. He flat out refuses to say who he’s waiting on as per the Maxwellisation (another cunt) rules.

He’s a fucking disgrace and gives cunts a bad name.