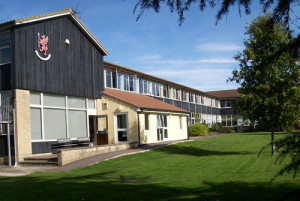 Today, I’d thought I’d try a multiple cunting. To start with, the staff at Selwood Academy in Frome, and the local police. Jayden Taljaard, a nine year old pupil at the school has recently been excluded. Apparently, every Friday the school has what they call the “Golden Hour”. This is where the children are encouraged to bring in a toy for the last hour of the school day.

Jayden, who apparently has ADHD and other learning difficulties, chose to take a BRIGHT ORANGE toy pistol. Being 9 years old, and suffering learning difficulties, Jayden was completely unaware of the shit storm he was about to provoke. THREE teachers ( who I can only assume had the collective IQ of a sponge) complained that felt threatened by the BRIGHT ORANGE AND OBVIOUSLY TOY PISTOL. The Head Teacher, who also has the IQ of a sponge, called the police.

As I’ve said on more than once, I spent 18 years in the army, defending this country from possible foreign enemies. It seems I wasted my time, because the true enemies to this once great nation, are the fucking left wing nonces, who infest every level of our public services. They’re soft bastards, who are intent on making the rest of us soft bastards.

Now, in a sane world, the police would have told the head teacher to get a fucking sense of perspective, grow the fuck up, and stop wasting their time. Unfortunately, we don’t live in a sane world. The police rocked up at Jayden’s home to explain the dangers of firearms. On top of that, Jayden’s mum and stepdad received a letter telling them that, as Jayden was currently excluded, he was not allowed to leave his house, because he wasn’t in school. So effectively, a nine year old boy is under house arrest, for the crime of mistakenly taking a BRIGHT ORANGE, OBVIOUSLY TOY GUN to school.