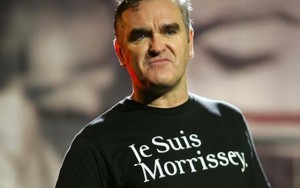 Morrissey. Apart from the shitty…fucking…songs of misery, he’s a complete twat. Morrissey is a vegan, which means he considers it his God given right to tell everyone else on the planet what they should.

For example, he recently cancelled a gig in Iceland, (the country, not the shop), because the venue he had chosen in Reykjavik refused his demand to only sell vegetarian food. The venue promptly told Morrissey to fuck off. Not those exact words, obviously, but it was made clear that the venue’s management reserved the right to sell whatever fucking food they wanted, including food containing meat.

Naturally, Morrissey went full drama queen. In his little rant, he even used the word “cannibalism”. Last time I checked, and that was immediately after reading the story, cannibalism involves one human eating the flesh and/or organs of another human. Hot dogs are made from pigs. Which are not human.

So, fuck you Morrissey. You are an eternal twat. Your music is miserable AND shite. You have an unjustified sense of moral superiority, and don’t even know what a fucking cannibal eats. Thick fucker.

Morrissey is indeed an irritating twat of epic proportions. This from an interview with him:

“While we were playing the song “Meat Is Murder,” somebody in the audience threw a heap of sausages onto the stage, and oddly, they hit me in the face and part of them got in my mouth…”

Yes Morrissey, I’m sure you have had this experience many times backstage as well….

And just when you thought it couldn’t get worse…. 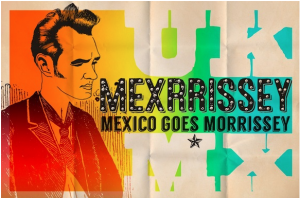