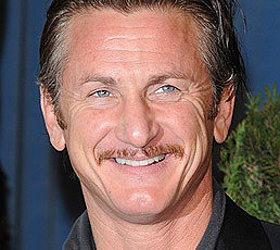 I would like to publicly cunt the actor (meh) formerly known as Madonna’s leech, Sean Penn. It’s seems that Penn has declared himself a staunch ally of El Chupacabra, and is demanding that Britain negotiate the return of the Falklands and South Georgia to Argentina. That will be difficult, since the Args never owned the Falklands in the fucking first place. Though I can’t really see what it has to do with this cunt anyway.

The silly cunt couldn’t even pronounce the name of the islands correctly, he used ‘Malvinas’. He also called Britain ‘Colonialist, ludricrous, and archaic’. I assume then that after this outburst, Penn will be calling on Obama to grant Puerto Rico its indepence from American colonialist rule. And Hawaii for that matter. I’d call him a dumb yank, but I happen to be half American, so that’s not gonna happen.

Now, Penn’s outburst just happens to fall into a category I like to call, ‘none of your fucking business’. I very much doubt that this numbnuts will be volunteering to enlist in the Argentinian army (hah) anytime soon, and he certainly won’t profit from the FALKLANDS. So my only conclusion is that Penn’s outburst is the result of him being a racist cunt. It seems Penn misses having to live inside his former spouses vagina, and has now taken up residence somewhere between El Chupacabra’s uterus and cervix. A bit that like that South American fish in the Amazon. And just as much of a parasite.

I’ve been looking at dipshit’s filmography. Apart from Taps and Dead Man Walking, his acting career has been almost universally shite. He even did an episode of Little House on the Prairie for fucks sake! I’d be most grateful therefore, if you could cunt this cunt as soon as possible. Both for being a racist cunt who can’t keep his nose out of other people’s business, and for having the acting ability of a spoon. Sean Penn, what a cunt.

Will Sean Penn also be calling for the citizens of The United States Of America to return their cou try to the Native American tribes ? No will he fuck because he’s a stupd cunt.

I must also second or third or fourth that total cunt Sean Penn.
1. Hes a fucking leech of a cunt
2. Hes a fucking ugly cunt
3. He is clueless about the Falklands cunt
4. Its none of his business so keep your god shut cunt
5. He is American so if 1 country has no room to talk about taking land that is not theirs and enslaving people, invading other contries, impossing its will on others its his ………… the hypocrital cunt

The cunt needs and under cunting

Nominated by The Last Of The Few 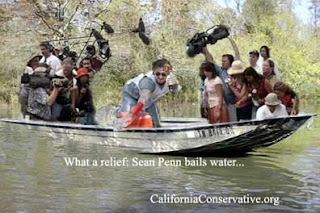 Sean Penn is a gormless, ideas well above his station, millionaire communist, thinks people actually care about the constant stream of shit that comes out of his gob cunt.