David Icke is a snake oil seller, no better than those ministers you see on American evangelist TV channels asking for money to save your soul.

He has changed his “theories” more times than John Barrowman has swallowed cock.

He gave a talk in 1996 which I attended and he gave some good info about the truth about money and the New World Order Agenda (like it or not, this is happening and is TRUE) but all his other crackpot bullshit is to make money, 25 books in 25 years, £60 a ticket to see him at Wembley, buy his DVD’s, books and sign up to his newsletter then of course he crowd funded lie of The Peoples Voice. over £400,000 officially raised when the target was £100,000 for a years costs, the place shut down within 2 months, and that des not include the private donations made via Paypal/Bitcoin etc

He is like a pied piper (much like Russell Brand) who is hoovering up and confusing people who realise that there is ‘something wrong with the World and the reality we live in’. But that’s a whole other discussion

Icke is a cunt, a deceiver and a fucking money grabbing whore 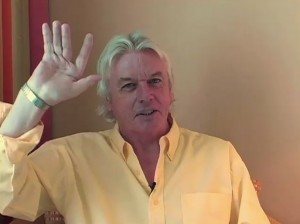 I nominate David Icke as a CUNT

1: for being a spastic handicapped fat piece of shit who worked for the BBC
2: For spreading bullshit about reptilians, the Moon being a spaceship and writing 20+ books in 20 years
3: for being a cunt
4: for running a forum supposedly divulging truth when all he wants is your fucking money
5: for creating TPV and creaming off well over £500,000 and then having the audacity to ask for another £250,000
6: for sucking Russel Brands cock in the grouch club
7: for employing fucking sand niggers on his website and TPV
8: for raping children
9: for raping OAP’s
10: Because he is a cunt, a huge cunt, a fucking lying cunt and a money making cunt from doom porn theories

( Did he really do all that? Anyway, I thought you were dead, Jimmy. Ed. ) 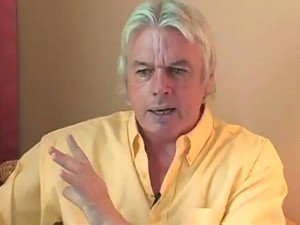 Makes me wish that lizard aliens did secretly run the world, coz then they might eat the dickhead.

He really is like having sex with Aretha Franklin when her vagina has been filled with fibreglass i.e. fucking massive irritating cunt.

Nominated by : Vat of Custard