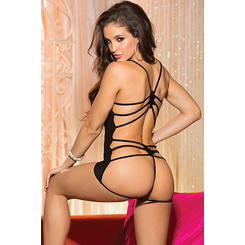 Womens’ lingerie is due a cunting.

I’ve walked past some of these shops and although I like a woman in a Fishnet bodysuit most of it is crap. What a load of overpriced shit, give me a woman dressed in a long coat and knee length boots and nothing else.