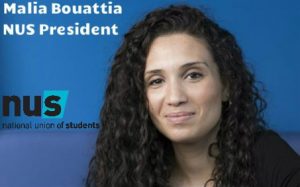 She and her comrades talk total bollocks re shut all prisons etc ‘cos they are racist and “cuntish”?

Also I am sick to death of her and her ilk being splattered across all the fucking news papers so that I do not read them so I miss out on all the major stuff like what major stuff? Basically can these fucktards die or something or just fuck off and fade away please.

Apparently NUS President Malia Bouattia denies she’s an ISIS supporting anti-semite. It seems she only said she was.

Perhaps this was so the cunt could get the ISIS supporting anti-semite students to elect her? I think we should be told…