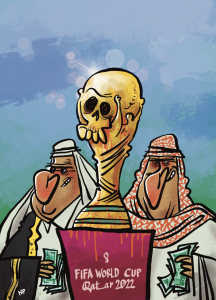 Since we can’t stop you cunts banging on about the crock of shit that is Qatar 2022, here’s a page you can use to stop you polluting the site.

Anything posted on this subject elsewhere will be binned without mercy.