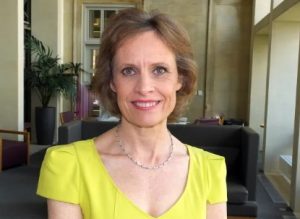 I would like to nominate Professor Susan Jebb of Oxford University and Chairwoman of the Food Standards Agency . The BBC News Website tells us peasants that this learned person wishes to see the end of the practice of people bringing cake to the workplace. It would appear that marking someone’s birthday etc by passing around the odd slice of Battenburg is bordering on manslaughter.

The aspect of this stupidity which gets my goat is that I cannot imagine how such a deluded person could possibly rise to such a lofty position. Then again, perhaps I should now be so surprised.

As ever Admin, I’d like one of my fellow cunters to provide the link.

And supported by: Ron Knee

And there’s more, this time from Cuntologist

Probably the one and only cunting this silly trout will get but reports of her utterances annoyed me greatly. Jebb is Chair of the Food Standards Agency Uk.

I don’t even work in an office these days but remember when people would bring stuff in, usually for birthdays, Divali etc, and simply refused it if I didn’t want any. Call me picky, but rarely was I tempted by a mass produced stale cake or greasy Samosa at 11.30am.

Professor Jebb goes onto say that she can’t say no if someone appears with cake. Apparently because she can’t say no, bringing in a cake is like smoking in the office in front of people. Oh just F off. Perhaps stick to the day job of ensuring food sold for consumption is safe. 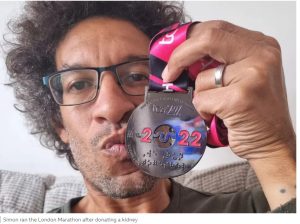 Once again, I wish to cunt the press who report truly tragic stories like this, but lead with deliberately slanted headers to make it look as if some evil overlord is deliberately denying POC organ transplants.

Anyone waiting for a transplant has my uttermost sympathy, but when the press report stories like this, well, it’s a turn off. A lot of people won’t actually understand the “like for like” nature of transplants and will see it as another stab at the “oppressive White man”.

Which is, of course, the intent of the headline.

And in a similar vain there’s this from Chuff Chugger

As you would expect…no big hoo har from the MSM-particularly the BBC about these two stories on the same day. Reported on, yes, but followed up? Barely. There was more awkward questioning from journalists last week when raggy Sunak was caught not wearing a seat belt, and was very promptly issued with a (second) fine.

How was this supposed ‘child’ allowed into the country to murder? And how many of these supposed ‘children’ are actually children and not other 20 something cunts that have fucked off like rats when a wheely bin’s been moved? Will they be found? Like fuck will they. Will they be of an economic benefit to the UK…….NO. Will they add cultural enrichment to society……..no. Unless dragging our towns and cities down to Albanian levels of shit and opening money laundering barbers, nail bars, vape shops and mini marts is what the UK needs more of.

You will also note, in the story below the BBC have conveniently ‘forgotten’ to mention in the headline he was an illegal immigrant who pretended to be a child to gain access to the UK. Don’t want to blame immigration, eh BBC? 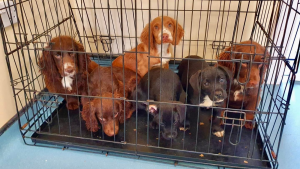 Ok, not all of them. But there’s a high proportion of cunts in this category. When the lockdown got going, people bought dogs en masse, either as company or as a reason to exercise outdoors. I estimate that during the years 2020 to 2022 the population of dogs trebled or quadrupled in my small – mostly-commuter – town.

By far the majority of the newcomers were silly little breeds chosen for their cuteness rather than any other desirable canine trait. Little furballs with big eyes, a plague of springer spaniels (possibly the stupidest canine on the planet), bizarre monstrosities with bat ears and breathing difficulties. And a miniature schnauzer, which yaps continuously – I do mean continuously – loudly and penetratingly, at C above top C for the duration of its daily walk round the houses. Schnauzers do this, apparently. Grin and bear it, neighbours.

Ok, whatever turns you on. Dodgy Irish breeders of cockadoodles (is this right?), fill your boots. Likewise the purveyors of shitebags, harnesses, extending leads, toys, food, insurance and extortionate veterinary services. They may not have been factored into the initial decision to buy the dog. But they mount up. With the result that a dog may not be just for Christmas, but it sure as hell can be just for Covid:

Cunts, ladies, gentlemen and persons of indeterminate gender or none. Just cunts. 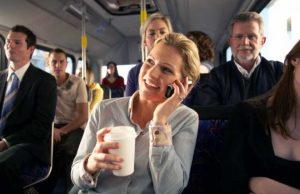 Am I alone in finding this absolutely infuriating?

It sits side by side with the cunt who’s playing drill, even though he’s wearing earphones, it’s still leaking out. I’d complain, but the twats probably halfway to stone deaf, and I don’t know sign language.

Anyway, back to mobiles, do people think, that once they’ve pressed the make/accept call button, a fucking soundproof shield encloses them?

BTW, the links nought to do with my rant, it’s more about mobile phone etiquette,
And not farting when ladies are present. 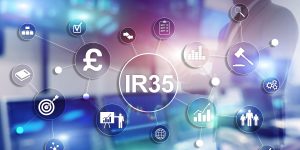 Have finally decided to end being self-employed come the end of this financial year. I can’t be bothered with all the hassle, tick boxing, compliance  and relentless taxation I have to look forward to over the next year or so.

I looked at applying for universal credit, but of course I have savings well over the £16k threshold, therefore I’m not entitled.

And neither can I be bothered applying for Jobseeker’s allowance because the money is pathetic and you’re constantly harassed by jobsworths that you’re “actively seeking work” (despite having worked and contributed over the last 40 years!)

Instead I’m going to live off my savings while my wife continues to work until such time we’re ready to make the move to emigrate later this year. (Our local councils in the Lake District, want to “welcome” a few thousand migrants from down South in order to “level up”.)

Quite a few of my other self-employed friends are of the same mind. They to are giving up their businesses not because they hate their jobs but because of this government’s hatred for us and free enterprise. It’s come to a point where living on benefits seems to be socially acceptable and no longer a stigma; while those of us who try to make an effort are demonised and penalised (as seen in the Autumn Statement last November).

It is also interesting regarding the massive shortages of plumbers, engineers, sparks, brickies and other traditional jobs that people depend on. Seems that the younger generation (some, but not all) are more invested in social media, influencing and just pissing about at university rather than taking on proper apprenticeships.

And even they do start a new job everything has to be on their terms and its rare they’ll put a proper day’s shift in without spending a few hours pissing about on their phones or going into meltdown over trigger words and micro-aggressions.

But going self employed is a definite no-no these days – the bureaucracy, especially with IR35, and the taxation on profits just isn’t worth the bother.

Supporting link from Sick of it