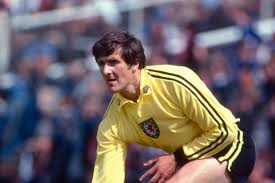 Congratulations to me (Shaun) who correctly picked former Welsh National Goalkeeper Dai Davies who has died from cancer aged 72.Davies as well as achieving 52 caps for Wales also played for Everton Wrexham and Swansea City over a 17 year professional career.