Went from being Quite Funny to Quite Shit to a complete sack of cuntspill.

Formula is as follows:

Cunts. The whole bloody fucking lot of them, including the audience. The time has come to give arch cunt and “national treasure” Stephen Fry another major cunting.

First he publishes a book in which he admits (some might say “boasts of”) possessing and using cocaine almost continually between the mid-80s and the late 90s.

Then on Newsnight he suggests that the police have no business arresting him because the offences took place a long time ago and that the only person he ever hurt was himself, drawing a spurious comparison with Jimmy Savile as if to say “Look, I only snorted Bolivian marching powder, I never fucked kids”. Well, here’s something Quite Interesting, Fry – the law is quite clear about the penalty for possession of Class A drugs: a maximum of seven years imprisonment and/or an unlimited fine. And what makes you think you’re above the law, you smug, hateful, arrogant cunt?

Then, having warmed to the subject of historical sex abuse cases, Fry added “do we have to name the rock stars that we think almost certainly had sex with fourteen year old children? But those fourteen year old girls were so proud of it that they wouldn’t for a minute call themselves ‘victims’.”

The point is, you despicable ignorant wanker, fourteen year olds are not emotionally or intellectually equipped to make decisions or judgements like that – THAT IS THE WHOLE PURPOSE OF THE AGE OF CONSENT, YOU FUCKING RETARD: IT EXISTS TO PROTECT IMMATURE CHILDREN FROM EXPLOITATION BY ADULTS. Presumably the cunt Fry also imagines that all those eleven, twelve and thirteen year old girls in Rotherham were so thrilled by the attention of older Asian men with cars that they were “proud” to be gangraped in grotty rooms above takeaway restaurants? This cunt needs stoning to death outside the BBC. I fucking despise him.

Let’s hope Plod comes knocking on Fry’s door soon and he’s charged for fifteen years worth of Class A possession. With his latest utterances, the fat cunt has significantly expanded both the breadth and depth of his odious cuntitude Steven Fry is turd-burgling cunt. Not content with foisting his bumsex demands about puffs getting ‘married’ on the 99% of the nation that would rather not take it up the arse, he is now demanding control over the Olympic Committee’s decision to host the winter olympics in Russia as well as the right to scrap Russia’s non-queer president and the ability to re-write any laws the Duma pass that he doesn’t like.

Fry, a self confessed player of the pink oboe, should shut the fuck up about his perverse bedroom habits and realise that the vast majority of the human race do not find other people’s excrement sexually appealing.

Fucking nonse couldn’t even manage to top himself properly, despite the massive intellect we keep hearing about, which obviously can’t be that towering if he cannot tell arse from quim. 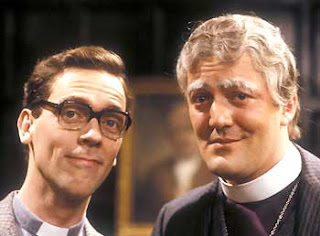