After much debate I am pleased to announce or is a cunt cunt of the year 2016.Judging by the comments I reckon it is Tim Farron.However Blair and Gina Miller were very close seconds.

So let us have a summary to this momentous year that was in which cuntitude become a competitive sport indeed:

The year began with a flurry of celebrity deaths which by February had reached full virtue signalling griefjacking proprtions.We then of course had the cunt fest that was the EU referendum campaign were the Remain and Leave campaign both were labelled cunts by milions across the land.The really substantial cuntitude came in the form of the reaction post referendum from those loyal servants of the people who showed what democracy hating cunts they really are.We had Farron Miller David Lammy Tony Bliar Ken Clarke Michael Heseltine Anna Soubry the late Tam Dalyell Paul Flynn and that fucking useless non-entity Owen Smith telling 52% of the population they were dumb ignorant racists who would have made Hitler proud.

Of course not to be outdone by us English the Jocks had to send in an army full of whinging cunts to claim us English were stupid and racist.From Wee Jimmy Crankie to Alex Salmond or Taggart as I call him to Angus Robertson Pete Wishart and dozens of other of the Scottish cunts went into full whinging mode all in the midst of a pointless second referendum calls in both the UK and US.

And not to outdone by us Brits the Americans had their own election which comprised of more cunts than a pornhub gang bang.And then when Trump was elected after crooked Hillary failed to endear his sociopathic personality and shaky health to the nation the liberal Hollywood retards showed their true colours.From de Niro threatening to punch Trump in the face Cher`s whinging and Rosie O`Donnell and the views incessant whinging the yanks Trumped the Brits on hissy fits.That isn`t to say we didn`t have our fair share of whinging cunts.From Damon Allman to Lily Allen and Charlotte Church Bono Eddie Izzard Bob Geldof James Corden and Saint Gary fucking Linekar and J.K Rowling to Richard “I don`t believe it”Wilson it seemed everyone in celeb land was suddenly a professor in Politics.

I would also like to give a shoutout to Dioclese who stepped down from admin duties at the very end of last year.He has served this site with disnction is indeed not a cunt as far as I can see.Without Dioclese many Cunts would have gone un cunted over the years and what a terrible loss that would be.

Anyway this was a hard contest with so many worthy recipients of this award.I miss last year when It was Corbyn Abbott and Blair fighting it out.I will leave with some of Farron`s nomination reasons for this prestigious award.I duly invite Mr Farron to do the SLS shit bucket challenge in a ceremony where he is crowned king cunt from all of us here at is a cunt.But of course after he arrives and does his challenge we will have to make the members vote again to make sure they really knew what they where voting for.

“Blair is for me, cunt of the century. Little Timmy bulbhead Farron is still my pick. He is the yardstick with which future cunts will be measured by. Such as, ten Linekers equal a Farron, there are four Farrons to an Abbot, and there are at least fifty Abbots to a Blair. You can get change for a Kinnock, two Izzards and a Lilymong, from a Hilary. Also, there are five Nadyas to the Sue Perkins. I did start wondering what a Corden was worth, then I realised it was fuck all, like a fake pound coin……”

“Tim Farron, and his stupid little face on his empty bulbous head.”

“My first thought was Cameron or Osborne for Project Fear. Then Sturgeon for her ridiculous Brexit posturing. Then there’s Corbyn for getting a vote of no confidence, standing for re-election and being elected by different people, then expecting the PLP to do what he tells them. Ffs!

But the crown has to go to Farron who believes that there’s a vote winning strategy in defying the will of the electorate that should finish off the Lib Dems forever!”

“Hang on for a nano second.. FARRON. I mean, what is the fucking point!”

“Farron has to take the crown of cuntitude for now.”

Nominated by Deploy The Sausage. 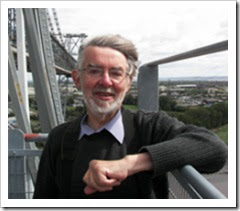 
Thanks to Paul Flynn for the crappy picture of his deformed arm
from his site, which is more credit than Gigits got!

Paul Flynn is a duplicitous cunt.
Nominated by Dazed and Confused