I’d like to nominate the latest reality, virtue-signalling, neo-liberal shitfest to be shown – prime time – on ITV1 this week called “Transformation Street”.

Well if you hadn’t already guessed by the title it’s yet another promotion vehicle for transexuals.

Please understand if folk want to transform themselves from a man to a woman or vice versa then please feel free to do it, but prime time promotion of which is a tiny sector of modern society makes this stand out – yet again – as the norm, when it simply isn’t!

Furthermore – given vehicle and time slot – it merely promotes this as being “cool” and the “way to be” to impressionable kids.

I mean it’s bad enough our kids get railroaded with neo-liberal group-think bullshit in school without having it shoved down their throats on TV as well.

Please feel free to do what you like, when you like, to yourself but I don’t want to hear about it ta very much.

Hey ITV why not do another series of Morse or summat else worth watching rather than this cheap TV bollocks that most folk will only watch to cringe at the obligatory sausage off/on operation!

ITV you’re not as big as cunts as the ABBC but by the Christ you’re fucking getting there! You CUNTS! GMB is ITV’s breakfast show, originally it was called TV-AM, then GMTV and back in the 90’s it actually used to beat the BBC’s breakfast with higher viewing figures.

Those days have long since gone, along with GMTV which was morphed in to Daybreak and now Good Morning Britain. Despite these changes the same old cunts are still there (Kate Garraway, Dr Hillary Jones, Richard Arnold, Ben Shepard & Ross King)

ITV promised a more news based show but actually delivered an even bigger pile of shit than GMTV.
Susanna Reid & Charlotte Hawkins were poached from the BBC & Sky (respectively) but their addition to the show has been a massive failure.

At this rate ITV would be better off getting the presenters to Tweet the news over Twitter, the presenters have more followers than viewers! Whilst the show was lauded as being more news based it is now even more obsessed with 1 Direction, what David Beckham had for tea and whatever god awful reality shite is being punted by ITV.

The presenters are fucking awful too:

Susanna Reid – Total cunt who believes every man is in love with her and constantly has to flash her knickers to get in the papers, or lick her finger, or make some double entendre or even worse flirt with men young enough to get the interest of Yewtree!

Charlotte Hawkins – Pleasant enough but bland as fuck, if only she got her fucking gusset on display then I am sure the viewing figures would increase!

Ben Shephard – Old relic from the GMTV days, still looks about 14 but has the interviewing skills of a prolapsed anus.

Sean Fletcher – Who? some token ethnic from Sky who does sod all and has the charisma of a shit stained condom.

Kate Garraway – another like Miss Reid, total cunt, looks like a horse and her only talent seems to be her saggy tits and shouting a lot.

Laura Tobin – BBC reject who couldn’t get the weather right if she looked out of the fucking window.

The whole shows news seems to be based around how much advertisers are willing to pay – you have a new breakfast cereal, GMB will run a feature on how fibre is good for you and can cure cancer.

They also runs stories relating to ITV shows, case in point – a few months back one of the opening headlines was:

Peter Barlow murder trial. Ok you may think, until you realise Peter Barlow is a fictional character in ITV’s Coronation Street, how the fuck is that news?

The sooner ITV axe this shit and put on re-runs of Love Thy Neighbour, Rising Damp or On The Buses the better. Mr ITV himself, Phillip Schofield, deserves to be cunted everyday for the next Millennium.

He prances around on TV like he fucking owns the media, he is the equivalent of Magnolia Emulsion & he seems to think he is somehow a God because he has 3 million followers on Twitter (maybe someone should tell him A. 80% of those are BOTS & B. the other 20% are dormant accounts.)

A true cunt who I would happily beat to death with a rolled up Newspaper, it may take a week but I would enjoy administering EVERY single blow – the CUNT

Nominated by: got fiddy pee for da leccy meter 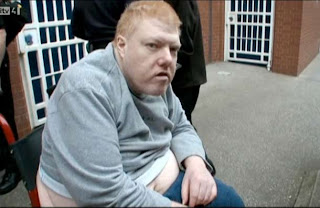 David Charlton of ITV1’s Strangeways documentary is a prime example. He is a lazy, fat, obnoxious, dirty protesting, needs to ‘fuck off’, Geordie cunt. Product of society maybe, massive cunt most definitely. 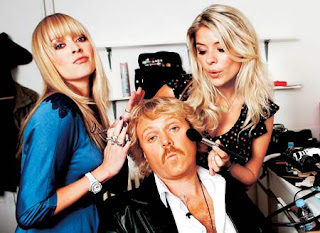 Celebrity Juice and the daft cunt who presents it.
A bloke with a face that needs improving with a claw hammer, the cunt.