So Cilla is dead and she dodged the Dead Pool just to piss on our chips, but, it’s the Cunts on all the six o’clock news who’ll share my good Cunting.

I predict reports of an: “Out pouring of public grief”. No. There’ll be the usual suspect lovies wheeled out, sobbing into their monogrammed silk hankies spewing the usual platitudes: she was such a talent, gone too soon blah, blah. Cut to outside broadcast unit at the Cavern Club now with two sunglassed, dayglo vested securidrones holding back the masses all looking for their fifteen minutes of fame.

Reporter asks bearded, be-tattoed fat scoucer and her husband for their thoughts, lemme guess: She was our princess, Queen of Livapule, always true to her roots and can I just say hi to me mam……… And Liverpool Council (City of Culture, and to think they put a cunt in Scunthorpe, there’s injustice for you. Cunts) are straight on the bandwagon with a book of condolences; I bet that’s had ‘Red Rum’ scribbled out and Cilla inked in double quick; anyway it’ll have been nicked by now. Cunts.

No! No! And thrice No! Don’t presume to tell me when and for whom I shall pour out my grief you manipulating cunts. Don’t try to convince me with your crocodile tears and squeaky voice how good she was you pointless wanna-be cunts. She was a toothy, titless and talent lacking annoying cunt discovered in a dank, damp cellar in Scallyland true to her roots from Costa del whatthefuck, but, that’s not going to stop everybody and his dog with access to the media telling the world we’re all sheeple pouring out our grief. Cunts

Perhaps a site Book of Cuntdolences is in order, just to redress the balance. There are some great cities, but I can’t say the same about Liverpool, having been pissed on by drunken scousers one wet night as I lay in my sleeping bag queuing for a passport back in 1981.

Liverpool deserves cunting not just because I was soaked in scouse-piss, but for them inflicting Arthur Askey, Ken Dodd, Kenny Everett and Alexi Sayle on us. I’d also nominate them for the worst musical crap they produced in the 1960’s such as Cilla and Jerry and the Pacemakers. As far as the rest goes, that bloody awful series “Bread”.

Miserable city, the only redeeming part being the ferry over to the IOM for the T.T.

( I’d have given that blond one in the Liver birds one tho’ Ed. ) Reports of scarse scrubber and Livverpoool luvvy Cilla Black being completely deaf. Explains much. Add to that completely tone deaf. Never found our Cilla a lorra lorra laffs. Back in her heyday me old mellow valve wireless could never do much with her excoriating upper register. Bugger knows how the old cow has managed to build a vastly lucrative career on a two note range, one sharp and one flat, while almost single handedly destroying any fond memories of the Livverpoool sound.

Only saving grace is she is now too knackered to appear ont telly any more with those crap Livverpoool lafia alleged comedians like Jimmy Tarbuck who are now mostly dead or awaiting a trial date for having been caught with a hand oop ar kids arse. Little home remedy tip. If afflicted by a build up orf ear wax try playing “You’re my World” full blast. That’ll clear it. 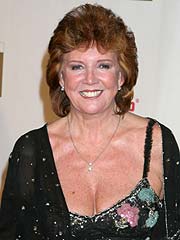 What a fucking talentless harridan of a cunt.

Did anyone from Liverpool ever talk like that or is that what living in the home counties for 4 fucking decades does?

With a singing voice like finger nails scraping a blackboard and a face like a fucking gargoyle.